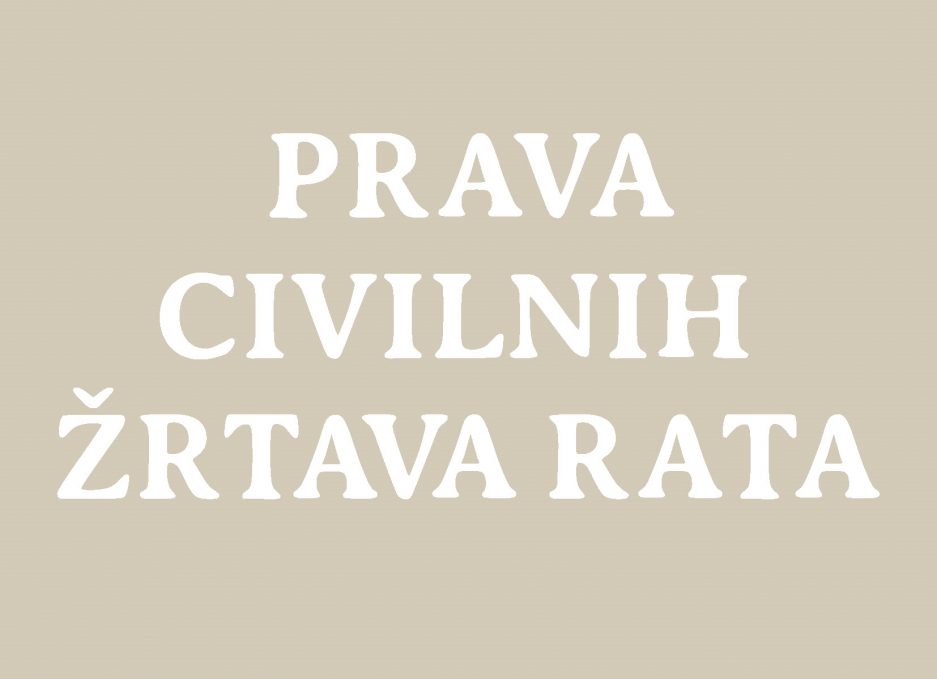 More than twenty years since the war began, during the research we conduct, we ask you just a simple, human question – “how today live those who suffered during the war?”. And, without any particular reason, one could ask “how my neighbours lived through the war and in this days?”. It is especially difficult for families more than 1,800 missing persons whose fate is still not solved. Working on the research facts about all the victims of war and record personal memories, we asked ourselves how the institutions and society recognize their suffering? How often provide opportunities to share their memories of the closest family members are interested say more than 22,000 of those killed? We wonder how the trauma of carrying detainees and prisoners of the camp and that they lack the kind of support? What should those who have survived sexual violence? How do you navigate all of whose houses were destroyed?

We believe that all the relevant institutions should ask ourselves what kind of support to provide victims and critically evaluate their past work. The extent to which legal framework traced in 1992, which regulate the issue of compensation for damage suffered during the work of members of the JNA and Serbian forces, still meets the needs? Can legislators really ignore the demands of successive association of survivors to better regulate the status of parents of children killed?

In a failed attempt to solve the problem of casualties due to actions by members of the Croatian forces and by unknown perpetrators, the Croatian Parliament in 2003 issued
pursuant to the laws which have been damaged sued the Republic of Croatia in more than 70% of cases, the rejection of claims that lost the litigation costs of litigation have to pay. Is
it ethically acceptable to the families of those killed more punishing toll of high litigation costs, rather than to finally acknowledge their suffering?

To craft a proposal of reparations / compensation, Documenta decided to research the needs of civilian victims. We will implement it through interviews with victims with additional interviews with decision makers. In his previous work, we saw that for the survivors and victims still remains an open question how to heal wounds. It is especially difficult when there is no recognition of the suffering of all victims. We are working on the trail of the right to truth, justice, compensation, and guarantee to non repetition of crime. We believe that every victim and the victim has a right to timely and adequate support from the moment of committing crimes and damages.

That’s why we have edited and published the publication The rights of civilian victims of war in which we analyze current practices and legislative framework, and we deal with all forms of suffering and casualties in the war – non-pecuniary damages for the death of a loved one, disability caused by war activities, sexual abuse as a visual execution of war crimes, casualties from mines, compensation for property destroyed by terrorist acts …