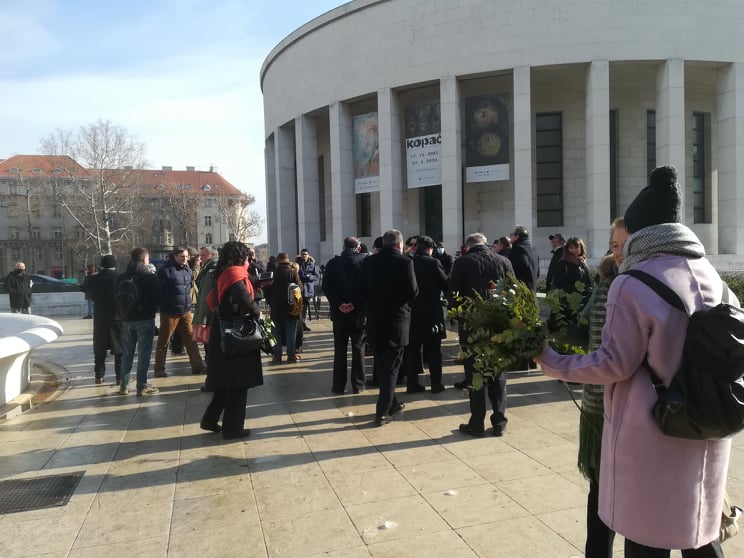 During 2020 and 2022, Documenta has been a partner in the project “#WeRemember: 75 Years After WWII”, financed by the Europe for Citizens Programme of the European Union. The project was coordinated by the organization Post Bellum, from Slovakia, and included the participation of the international partners Post Bellum CZ (Czech Republic), and Itt és Most Art Foundation (Hungary).

The project consisted of three main activities. First, the partners conducted interviews with time-witnesses in their country. In the case of Croatia, Documenta conducted six interviews with survivors of Fascist and Nazi concentration camps, and time-witnesses of the violence of Ustaša and other collaborators. Secondly, the project included a series of educational workshop. In the case of Documenta, the organization organized a series of city walks through the locations of World War Second in the city of Zagreb, and an encounter among young people and Darko Fischer, one of the time-witnesses interviewed in the project. Lastly, the project included four online campaign, which took place on the 8th May 2021, and 27th January 2022, for what concerns the international campaigns, and 22nd June 2021 and 10th December 2021, for what concerns the national campaign.