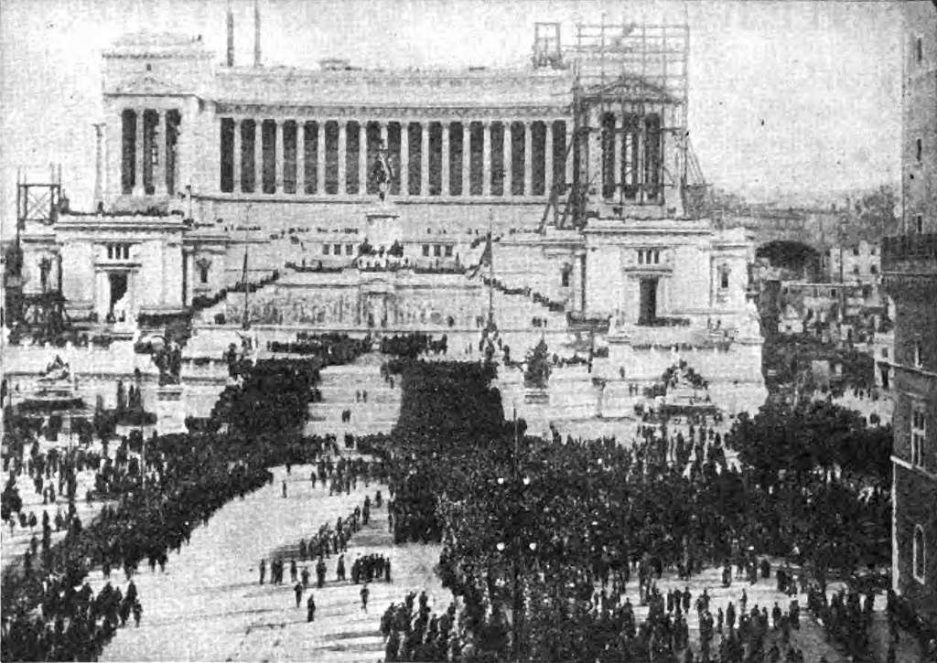 The centenary of the March on Rome and the rising to power of fascism led by Benito Mussolini, has been accompanied by a sense of unease over the appointment of far-right officials in neighboring Italy.

Fascist expansionist, imperialist, nationalist policies and violence left their mark in our countries, and directly contributed to the outbreak of the Second World War, in whose shadow we still live. Although the fascist and Nazi movements were defeated by the allied forces in 1945, we are aware that calls for exclusivism towards others and different, whether it is people from other countries, different sexual orientations or migrants, find followers even today.

On the 25th of September Italy elected its first female prime minister, Giorgia Meloni. The new prime minister, leader of the far-right “Brothers of Italy” political party, since her involvement into politics at a young age she has expressed her ideological proximity to the politics of the fascist leader Benito Mussolini regarding the ethnic unity of the Italian popolo. Two of her neo-fascist slogans are ‘God, homeland, family’ and ‘Ready for the revival of Italy’. While she attempts to downplay the political roots of her party. Presenting herself as a Conservative, she has argued in favor of anti-abortions regulations, anti-immigrant policies and the marginalisation of the Lgbtiq+ community in Italy.

Moreover, her claims regarding the sovereignty of Croatian Istria and Dalmatia have been a cause for alarm to the local communities in the aftermath of the election’s results. One of the main incidents is her personal post on Facebook in 24th of September 2014. Whilst the Italian Ministry of Foreign Affairs at the time thought of compensating Italian households that would host refugees with the amount of 30euros per day, she argued that “you have to fend for yourself”. Preferably, according to her, refugees should be equally distributed in all 27 countries, forgetting Croatia who join the European Union the previous year.  “My proposal is: immigrants are evenly distributed in all 28 EU countries, and the EU pays for the reception, so that with the money we spend today for the reception of hundreds of thousands of foreigners, we help hundreds of thousands of desperate Italians. Or does despair deserve solidarity only if it speaks another language?”[1]

Later she added a comment saying that she forgot Croatia’s entry, to which she opposed from the beginning. Her objection stemmed from the conviction that the Croatian state had yet to return the disputed Italian properties to their original owners, going a step further implying that the preferable action would ultimately be the complete annexation of Istria and Dalmatia. “It will be that I have always been against Croatia’s entry into the EU until the property of the Esuli is returned. Not to mention the return, directly, of Istria and Dalmatia.”[2]

Whilst these positions in the public discourse may seem outdated and even populist in their essence, nothing more than a rekindling of the imperialistic nostalgic feelings of her supporters, there is a plethora of examples that the Italian alt-right coalition has minimalistic tendences for the other side of the Adriatic. Having this in mind it is interesting to return to her response to a journalist regarding the World Cup final in 12th of July 2018, where she said that “Between the French and the Croats, you don’t know who is more anti-Italian. I won’t make any prediction, actually I think I’ll watch some other sport ”.[3]

Finally, the post recent and provocative action was in 2019, when Italian neo-fascists hung the flag of the Kingdom of Italy on the Governor’s Palace in Rijeka, and on the facade of the Croatian consulate in Trieste, three people pasted posters with D’Annunzio’s quote that the entire Italian people are asking to connect Rijeka with their homeland. They also tried to enter Croatia on private planes but were prevented from doing so by police action.  Announcement on the occasion of the centenary of the March on Rome

It is worrying that Ignazio La Russa, co-founder of the Brothers of Italy, a collector of fascist decorations who keeps a bust of Benito Mussolini in his home, became the leader of the upper house of the Italian parliament, while Lorenzo Fontana, a Euro-skeptic politician from the League, became the chairman of the lower house of the Italian parliament. We also recall the inappropriate statements of the newly appointed Minister of Foreign Affairs Antonio Tajani from 2019, which caused reactions from the prime ministers of Croatia and Slovenia[4].

Only time will tell if the rise of nationalism and neo-fascism in the neighboring country is going to be an actual treat for its neighboring countries will be, or if it is simply a popular rhetoric for internal consumption and also to what extent the Croatian right supports this kind of politics – both by its heroization of the Ustasha movement and unwillingness to verbally confront the ideological relatives from the other side of the Adriatic.

Documenta – Center for Dealing with the Past