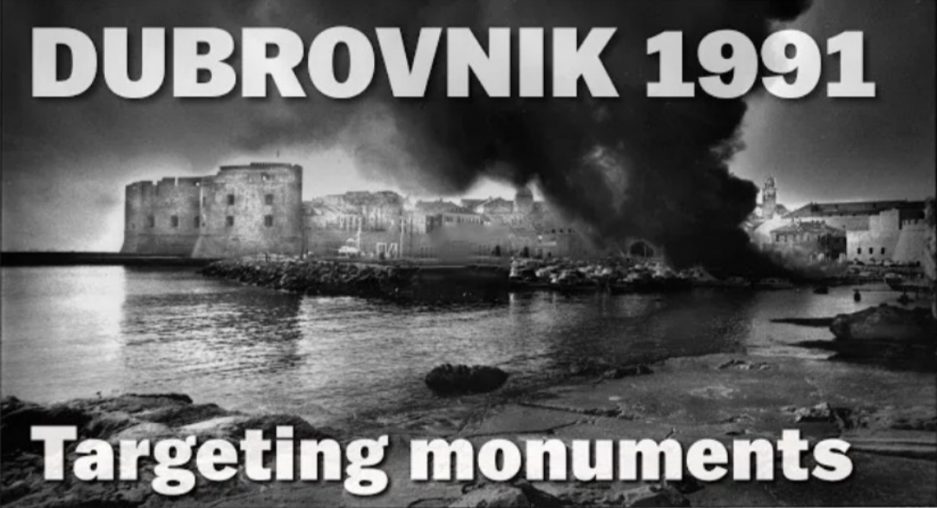 On the eve of the 30th anniversary of the shelling of Dubrovnik on December 6, 1991, as part of the programme of online campaigns marking the sites and dates of crimes committed during the post-yugoslav wars, SENSE Center for Transitional Justice is broadcasting a short film
Dubrovnik 1991 – Targeting monuments https://youtu.be/8xYrqC82lY8.

It lays out the evidence about the destruction of the UNESCO-protected historical Old City , an attack on history and heritage of not only Croatia and the region but of the whole of humanity, as stated in the findings of the International Criminal Tribunal for the Former Yugoslavia (ICTY).

A five-day online campaign Dubrovnik 1991 has been launched on December 4 with the broadcast of a video chronicling how the ICTY investigated, reconstructed and prosecuted the planned destruction of cultural and historical monuments in the post-yugoslav wars in the 1990s.

In the following days of the campaign, through December 8, three more videos will be broadcast, detailing  the testimonies and judgments from the ICTY Dubrovnik trials. They will be followed by online exhibitions of photographs by Pavo Urban, killed while recording the shelling of Dubrovnik on December 6, 1991, and of photographs documenting the consequences of that shelling, introduced as the prosecution evidence at the trials of Slobodan Milošević, Pavle Strugal and Miodrag Jokić.