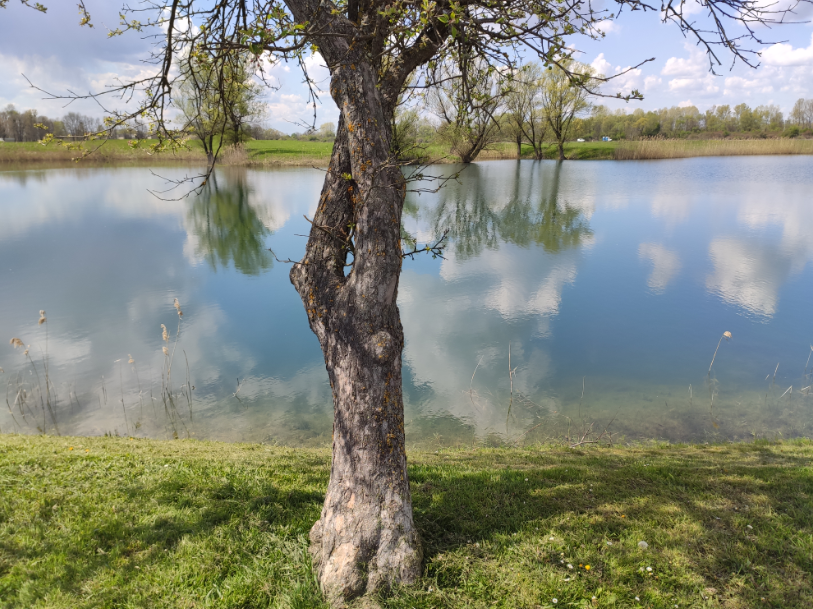 An online conference “Photography and Memory: New Approaches to the Culture of Memory” was held in Zagreb on April 26, 2021, organized by Documenta – Center for Dealing with the Past, as part of the opening of an exhibition of photographs taken during visits to local World War II sites and photographs belonging to various family archives. The exhibition can be viewed on the Instagram profile ”Meeting Memories”.

In the online exhibition, the photos are organized into three conceptual categories. The first one, entitled “Loss of Memory”, groups the photos which displayed neglect and abandonment, reflecting the absence of remembrance the participants experienced when visiting some of the locations. The second category, “Memory reclaimed”, collects the photos showing a change or a transformation of the places of memory, be it an intervention made by humans or nature. In the last category, “Memory healing”, chosen images from the locations, as well as personal photos, want to present memory as a place of reflection, meditation, protection, and comfort.

As part of the “Meeting Memories” project, with the support of the Europe for Citizens program, participants from Croatia, Bosnia and Herzegovina, Italy, Germany, Slovenia and Serbia participated in an online photography workshop led by photographers Saša Kralj and Sandra Vitaljić, author of the famous series of photographs of the scaffolds „ Infertile grounds“. They visited the places of suffering in their countries where they photographed locations such as Jasenovac and Stara Gradiška, Dachau, Gonars and Visco, Staro Sajmište and Jajinci, Bučka and Maribor.

The conference was opened by head of Documenta Vesna Teršelič who spoke about finding new ways of remembering at a time when direct witnesses of World War II are leaving us, emphasizing the important role of accepting suffering from the past in the humanization of human relations, especially in the context of growing revisionism. This was followed by a presentation of photographs in which Martina Bobinac focused on the changes in the experience of localities that occur when playing with perspective or color effects, emphasizing how easy it is to manipulate perception. She also pointed out the erasure of memory that occurs due to the lack of any memorials in Stara Gradiška. Fée van Cronenburg visited the Leitenberg plantations and cemetery, which were once part of the Dachau concentration camp complex in Germany. She pointed out that there is no trace of former forced labor on the plantations, while the place where about 9000 people are buried has been turned into a Christian cemetery, despite the fact that not all victims shared the same religion. She especially focused on the problems of negligence, forgetfulness and the contradictory combination of beautiful nature and the dark past of the site. Sabrina Panuello said she did not even know that there was once a fascist camp near the place where she lives. That information shocked her. Together with other participants, she visited the Gonars concentration camp in Italy, whose only visible remains are a wall along the road and some monuments without significant information. She also visited the military camp in Visco, which they could not enter, and concluded that the site had been forgotten and left to decay. Aleksandra Milinković was surprised that members of the Roma community, whose grandparents were victims of the camp, now live in the area of the former Staro Sajmište concentration camp in Belgrade. She showed motifs of scattered garbage, a restaurant and a playground reminiscent of a stolen childhood. Like many other participants, she pointed to an aspect of the healing power of nature at these sites. Svetlana Kim Pacher shared photos from the family archives and spoke about the experiences of the Korean ethnic minority in Russia, whose members pass on their memories and culture through food, clothing and customs, thus turning them into a collective memory. Finally, she stressed the importance of getting to know your own roots. Zorana Simić spoke about the positive experience of observing historical sites through the prism of photography and pointed out that some colleagues had reservations about photographing sites, thinking that this would divert their focus from the place of suffering. But they realized that it is the process of observing and empathizing with space that gives the experience a specific new quality. Alice Straniero, organizer of the workshop, expressed hope that during the autumn the exhibition will be held in the hall of the University of Udine. In conclusion, Saša Kralj emphasized the importance of researching personal archives in the process of finding a path to healing, avoiding the toxic side of the past and developing creative processes.